Be That Dog Down Under!

Some Kind of Wonderful

My week (or two) in walks with Littlest Human

We have explored some new walking spaces these past two weeks. One of the very exciting places is full of rainforests and fountains and theatre … and it’s right at our

back door. They are called the Roma Street Parklands. We managed to catch a rehearsal for a spot of theatre. And Yum Yum had a Watts moment, watching the teenage angst unfold in the Roma Street Bowl. That was certainly some kind of wonderful.

We also visited a park that is actually perched rather precariously on the side of a cliff. As we slid sideways down the hill to the street below, we were dive-bombed by a magpie. The magpie kept doing a dambusters over our heads, much to the oblivion of Benny who thought that right about now, under the magpie’s tree, would be a perfect time to stop and do a poo. That made for some poo collection extreme sports for Littlest Human.

This week also saw us getting some more lovely compliments, especially for me in fact! First, as we were leaving our front gate, a lady walking up to us and stopped and said, “You’re all so beautiful!” This was met by a flurry of flamboyance from Benny, who is always a little too extravagant in taking a compliment, jumping up and down on the spot and saying something which sounded a bit like, “Bags, bags, bags!” Of course, the woman was carrying shopping bags, and Benny is never one to miss shopping bags. Any extravagance in his hellos is always doubled by his optimism when he sees shopping. You’ve probably heard of glass half full optimism. Well, Benny is a bag half full of ribbies kind of optimist.

Then, on another day, on our way to the park, a student came out of the English language school near our house. She saw us and walked over timidly and asked very politely, “May I pat your dogs?” Obviously they are teaching very useful and important English phrases in this school, because I think ways of saying hello to dogs would have to be the most important phrases to include in any decent phrase book. Littlest Human said, “Yes, of course,” but explained that I might be a little shy. And indeed I was. I stood there, staring in disbelief and a touch of abject suspicion that someone wanted to say hello to me. But then the student was so sweet and gentle and patient with my shyness that I couldn’t help but give her a sniff and make friends. She said, “I love big dogs.” A big dog lover! Obviously this school takes only the very best international students around.

Then we had barely walked two steps when a security guard came out of the parking building (for the same school) and wanted to say hello. I was very shy at first, but he knelt down and waited patiently until I was confident enough to have a sniff. And then I couldn’t help but go in for a nuzzle. I was a little startled though when his pocket started talking, and then he produced the box from which the voices were coming. I was rather concerned that he had managed to squeeze a person into such a small box, but then he showed me the box and it seemed to be empty of tiny people. Just a talking box. 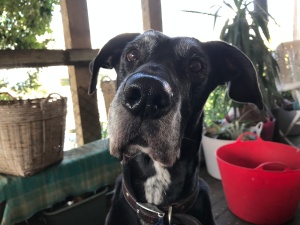 But usually I am in fact quite suspicious of people. I certainly don’t like it when there are people walking up behind me. If there are people behind us on the path, I often keep checking over my shoulder, just to keep my eye on them. You might think that my worry about people would mean my walk is a big challenge every day, considering that I am walking through a major city to the park. But, luckily for me, the furthest anyone ever walks in Bris Vegas is from wherever they parked the car. Ha ha!

And being in the city, you might think that our walk is full of other obstacles and distractions. But Human has been very impressed by how clean the streets always are. Unlike London, we haven’t come across a single piece of fried chicken from someone’s breakfast of shame after the night before. In fact, Brisbane is reportedly

the cleanest city in Australia. But I wonder if it’s actually because the Brush Turkeys are just doing an amazing job as city cleaning operatives.

It’s also been a big week for sport. Benny has learnt to do the dog walk in the park agility course! This is huge considering his very tiny legs. Benny remains adamant that there is only one way on and one way off, but next time he might even turn around and try the other direction as well. Because when it comes to physical activity, Benny is an

And one of the loveliest moments in our walks these past couple of weeks was when we walked past one of the prettiest houses near the park, and the lovely older retired couple that lives there was working away in the garden. We were waiting to cross the street and the lady human walked over to the gentleman human, who was leaning on his rake, taking a little rest. He said something to her and she gave him a little kiss on the pecker, and then went inside. As we got closer, Human said good morning and told the gentleman human, “Your garden is beautiful. We pass by here every day and it always looks so lovely.” The gentleman human smiled very widely and laughed and said, “I was just telling her I’m sick of it!” Human laughed and replied, “Well, the toil is paying dividends. It looks fabulous!” And we all bid each other a wonderful day. And it really was … Some kind of wonderful. 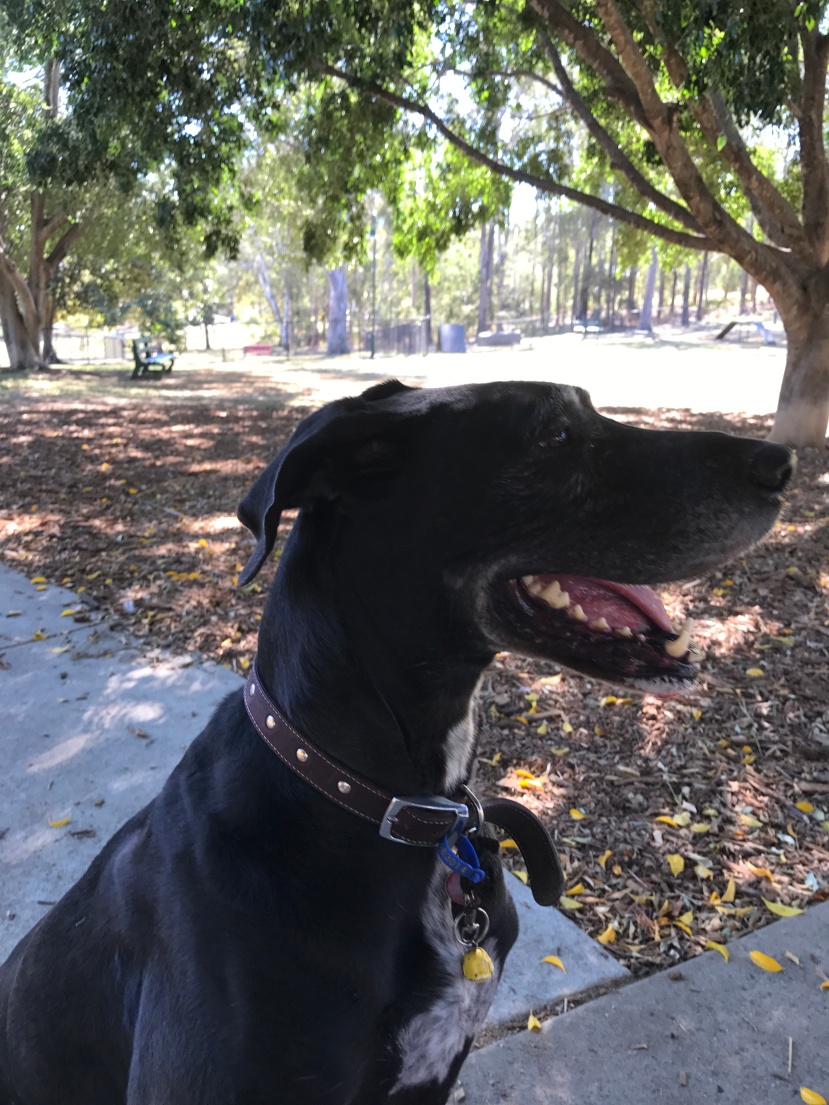 Categories: Be That Dog Down Under!, Walks With Littlest Human

Tagged as: Be That Dog Down Under!, Walks With Littlest Human