Is That A Fact

The Whole Family Is Welcome!

Aubrey Beardsley’s “On This Day” Fun Facts and Trivia

On this day, in 1933, the first commercial drive-in theatre opened in New Jersey, USA.

And so it is also Drive-In Movie Day, in honour of the first drive-in theatre!

The drive-in theatre had been patented the year before by Richard M Hollingshead Jr who operated a chemical plant in Camden. His first tests of the idea were in his own driveway, with a screen hanging in the trees and a projector on the top of his car. After getting his patent, Mr Hollingshead opened his first commercial drive-in on Admiral Wilson Boulevard in Pennsauken Township with the wonderful slogan, “The whole family is welcome, regardless of how noisy the children are.”

Drive-ins are not as popular as they used to be, probably because since the 1990s all the decent space has been turned into self-storage units or an Ikea. This is unthinkable! Without a drive-in theatre, Marty McFly might never have made it back to the past to the future present … or something like that. But thankfully drive-ins are now making a comeback. Which I think would be amazing because finally I would get to go to the movies! Australia has about 330 drive-in theatres (they have more space) and Human says it is fun to go to the drive-in, usually in a Jeep or similar, with all the dogs and lots of pillows. But I can’t find any in the UK. Just some outdoor cinemas, but a lot don’t welcome dogs. Perhaps it is a weather thing … Auntie Simba is very lucky – great beaches and drive-in theatres too. Anyway, I am quite excited to say that a US doggy film festival asked Huw the other day if we would like a film festival in the UK, and he said yes please! Huw is always pushing for our interests to be recognised. So maybe our cultural horizons are set to widen!

And speaking of recognition, on this day, in 1872, Susan B Anthony was arrested in Rochester, New York, just for trying to vote. The UK is about to go to the polls. So when you are saying you are “too busy” or “can’t be bothered” to go and vote, just remember the efforts of people like Susan B Anthony in New York, or Barbara Bodichon and Emmeline Pankhurst in the UK. There was a time when some people couldn’t vote at all! And there is still a time when dogs can’t!

Remember, it is always great to be welcome, no matter how noisy the family is! 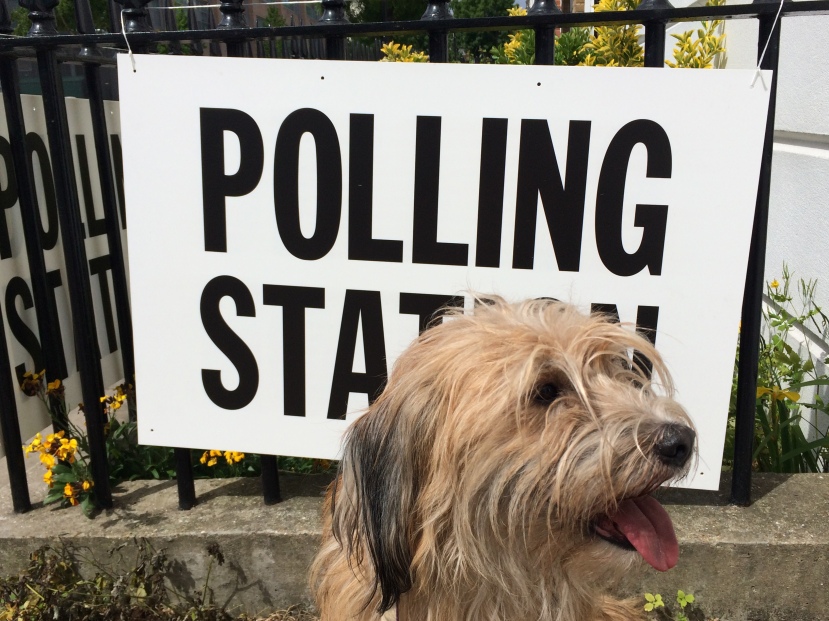 Categories: Is That A Fact, The Daily Buzzin

Tagged as: Is That A Fact, The Daily Buzzin