Message in a Slipper

This is Aubrey Beardsley’s slipper toy.

Aubrey got this toy in his Santa sack for his very first Christmas. Aubrey used to love tearing up disposable slippers (like the ones from hotels or airplanes). So Human got him his own slipper. Although he doesn’t chew up slippers anymore now that he is all grown up. I think having his own taught him to appreciate and look after the slipper.

Anyway, Aubrey’s slipper squeaks. So, already it is one of the most amazing slippers I have ever encountered. It also doubles as a comfy pillow, as it is so deliciously fluffy.

But I think I love it best of all because it is Aubrey’s and he is also deliciously fluffy. Every day Howard and I hang off his neck, off his ears, off his tail, and he just keeps on playing and playing with us. What an awesome pal he is.

In fact, the best individuals always leave their fluff and slippers lying around. So we always have something to cuddle. 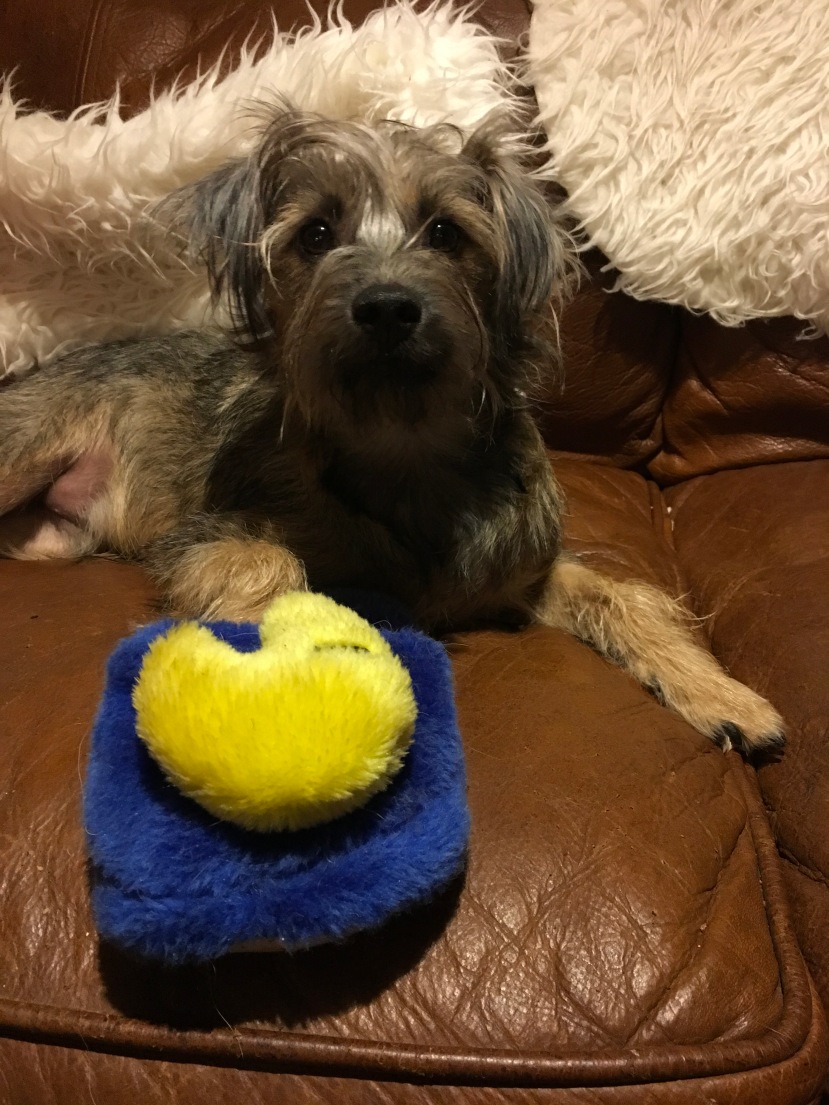