I have always been quite fascinated by toys that squeak.

It seems that almost all dog toys squeak or grunt or honk or quack. Obviously toy manufacturers appreciate that dogs have a very musical ear. But I now have a favourite squeaky toy. It is a little purple ball, slightly deflated, a hand-me-down from Finnegan Otterhound when he was a pup (yes, it’s still squeaking strong!). Apparently it was his favourite too. So it is very special.

I like to sit quietly … watching tele, thinking, musing … and squeaking my little purple squeaky toy. It’s my squeak easy. It’s very relaxing. In fact, it’s so relaxing that I think everyone should try it, especially humans.

Humans are a very stressed lot, and it means then they have all sorts of problems with each other down the human park. Humans apparently also have stress balls, but they don’t squeak! No wonder humans are all so stressed – a stress ball that doesn’t squeak?! That’s as silly as the park without zoomies. So here is my advice to humans, based on my own extensive field research … make your stress balls squeaky. Just imagine how much better things would be if you had squeaky balls you could chew in the office or munch in a meeting. I think it would resolve a lot of tension in the workplace.

So when it comes to stress balls, I say enough of the silent treatment! Actions squeak louder than words! So get squeaking! 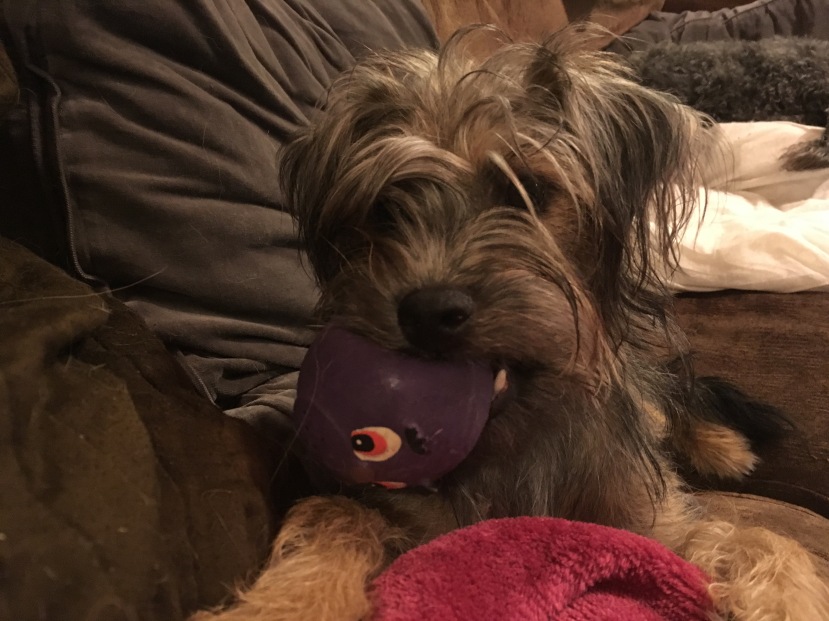