There are good reasons for dogfriendly. From social to health to economic reasons, it’s time for us all to get it together!

Dog companionship is so important to so many different people. And when we are excluded from places, it doesn’t just have an impact on us. It means that our humans are potentially excluded or marginalized as well.

The Hidden Costs of Excluding Dogs

Lots of people have become very interested in this issue. What does a dogfriendly world mean for human and dog wellbeing, welfare, social contact, exercise, and social ties? And what are the costs of not welcoming dogs?

Just like any significant relationship, a dog can be a big part of a human’s sense of self and self esteem.[2] For humans who may be socially excluded, the companionship of their dog can be crucial, meaning that excluding them.[3] And so excluding dogs can have a big impact. Dogs and contact with other dog owners can also be a huge part of combating social isolation.[4] Dogs can facilitate a whole new social life for people that might otherwise be left behind. But it doesn’t really matter who you are. Dogs can help all kinds of people to build social ties and participate more actively in their community.[5] Dogs really are so very good for society.

Dogs are part of the family. And the whole family suffers when one member is excluded. Hidden costs and lost profits are making an impact on business research, which actually calls for marketers to include dogs in the definition of family.[6] And part of this is acknowledging the importance of the personality of the dog as an individual, a companion, rather than a commodity.[7]

But it is not really clear how much of this wisdom is making it into practical reality. In the rejuvenation of the UK high street, business should look to families in all their shapes and sizes. Which means, businesses should look to dogs.

But while experts do talk about dogs as family, in reality, dog owners who consider their dog as being like another human have been viewed rather sceptically. Praising the cognitive capacities of dogs has sometimes been dismissed as anthropomorphism and unscientific. But rather ironically, a lot of trainers still make their arguments by drawing analogies with human children, without seeing the contradiction.

Thankfully, there has been “a radical change” in the views of animal behaviourists in the last few years.[8] And happily it is now quite widely accepted that the “bias against sentimentality”[9] has actually limited what scientists and behaviourists and trainers have been able to “see”. In fact, such bias plays into the whole idea of human exceptionalism and the fairy tale that humans domesticated dogs. Fortunately, humans are finally working out that we domesticated ourselves and the human-like skills of dogs are a big reason behind how we did it. Basically, we came to the party already civilised. In fact, we probably taught humans everything they know. But in all seriousness, our human-like social competence is something to be acknowledged and respected. We aren’t just pets. We are part of a multi-species society.[10]

And as members of society, it is better for everyone if we are able to participate. That means having access to public life with our humans. It’s better for humans and it’s better for dogs.

Whether it’s the shopping, the workplace, a bus ride, a holiday, or a café, it’s always better when we can get it together! 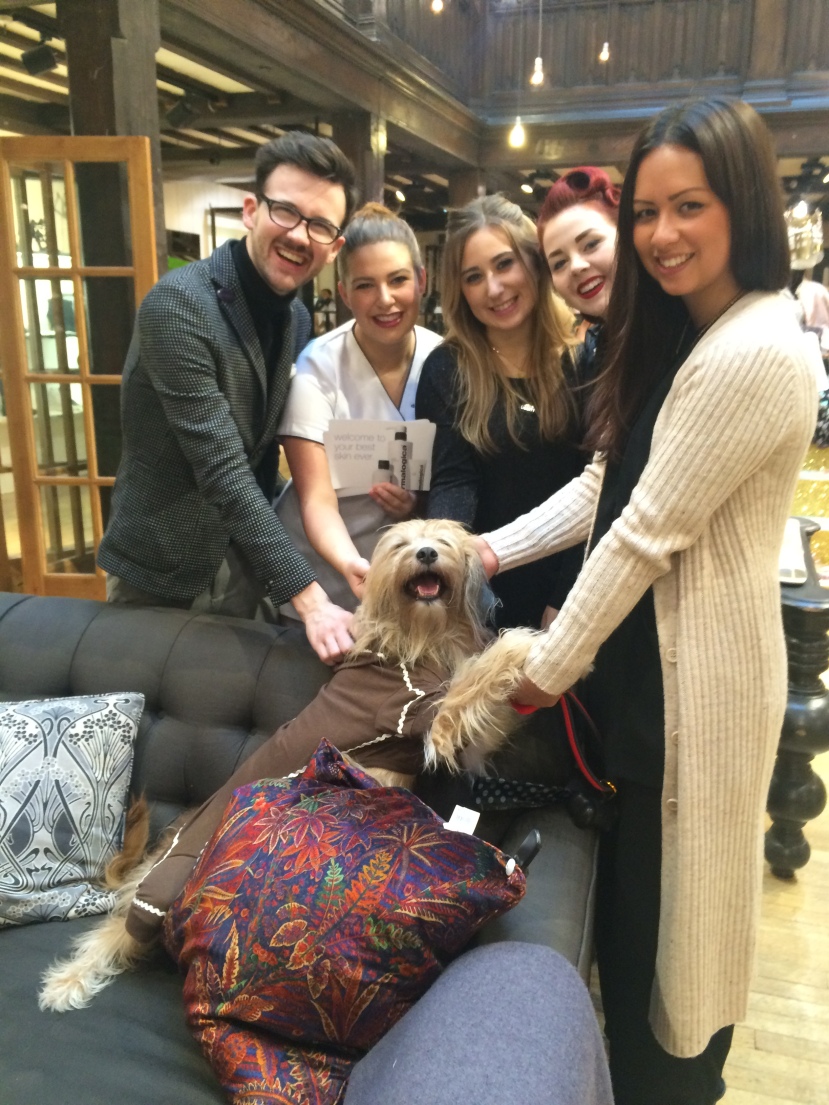 [1] Hall S et al, Companion Animal Economics: The Economic Impact of Companion Animals in the UK, CABI, 2017. With the positive impact of animals on health (e.g., frequency of visits to the doctor), health expenditure savings from the existence of companion animals are calculated at £2.45Bn per year in the UK (p 45). Increased access of dogs to activities, businesses, and services is likely to have a further positive impact on health expenditure (see the discussion in Chapter 5).

[8] Topál J, Understanding the dog: What is it like to be a human creation? Cognition, Journal of Veterinary Behavior 4 (2009) 45.

[10] Daniel Mills noted the importance of understanding society as, by definition, multi-species in a recent presentation to the Royal Veterinary College in London. 6th CABI RVC Symposium on Animal Welfare and Behaviour: The Human Animal Bond and Companion Animals, 21 June 2017.

Categories: Dog-friendly, Get It Together, Human-Dog Bond, The Together Venture, Uncategorized

Tagged as: Get It Together, The Together Venture