Going to St Paul’s Cathedral is one of my favourite walks in London. The walk there is quite good because we go past Smithfield Market, which is the central meat market of London. Can you imagine!? So far I haven’t been able to go in, but a terrier can dream. Anyway, St Paul’s is a very big building and, although I am not allowed in there either, we climb the steps and can see over to the river and all around. It is built on a hill, called Ludgate Hill, which apparently is the highest point in the City of London (I didn’t even get out of breath). And it also used to have a big gate. Not a gate on its own, of course, I think it was in a wall. But the wall is long gone. And I think if there were still a gate it would have fallen off its hinges by now, because it would have been opening and closing so much with all the people! St Paul’s is extremely popular with visitors and locals alike. Sometimes it’s all a little terrier can do to find a spare spot on the steps for a photo. There are always lots of people there, taking photos as well, and quite often some dogs too. Last time I was there I met a British Bulldog.

St Paul’s Cathedral was designed by Sir Christopher Wren in the 17th century and was part of rebuilding the City of London after the Great Fire of 1666. Sir Christopher was quite an amazing man, who did the world’s first successful intravenous injection … and his patient? He was a dog! Of course, that still doesn’t mean I like needles. 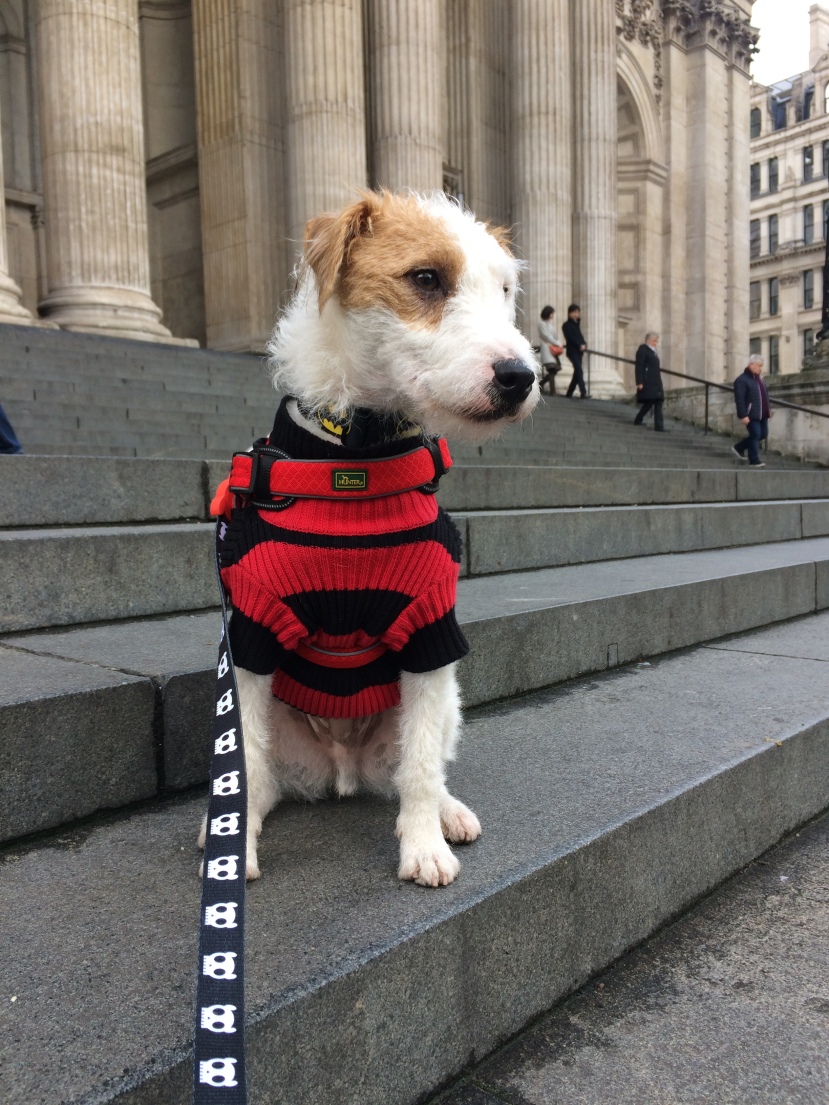