Today is known as “Presidents Day” in the United States. But it is actually George Washington’s Birthday. Sort of.

Just like the Queen’s birthday in the United Kingdom, it’s not really Washington’s birthday, but at least it’s in the same month. And in fact, it was always celebrated on Washington’s actual birthday until 1971, when the massive political will for a three-day weekend was finally realised. So the officials settled on the third Monday of every February, somewhere midway between the birthdays of both Abraham Lincoln and George Washington. But they couldn’t change the name to President, that was rejected. So, the federal holiday is still officially Washington’s Birthday, even if colloquially people think of it as President’s Day or Presidents’ Day … as usual, there is a lot at stake in an apostrophe …

So, today, we are wishing George Washington a very happy birthday.

George Washington is always remembered for bringing everyone together. Way back in 1787, instead of “my dog park, my rules”, Washington recognised the importance and significance in uniting all the parks in his historic position as President of the Constitutional Convention. He was then elected as the first “Mr President” of the United Parks in 1789 and again in 1792. He received all the electoral votes, and that is old news, not fake news.

And George Washington is also remembered for his honesty. Legend also has it that, as a child, Washington barked his father’s favourite cherry tree. The story goes that he didn’t actually cut it down, he just stripped some of the bark. Upon discovering the damage to the tree, his father asked the young George if he had done it. George answered, “I can’t tell a lie, Pa.”

But these aren’t the only reasons he is considered one of the greatest American Presidents of all time. They may not even be the best reasons. You see, George was also a big dog lover who lived with almost every type of dog during his life. From working dogs, to utility dogs, to hounds, to terriers, to toy dogs, to pastoral dogs – the door was open to all breeds.

In fact, one of his favourite hounds was called Truelove. And he used to take another favourite, Sweet Lips, with him every time he had to go to the big city (Philadephia) for work. So Washington was also the founder of the first dog-friendly workplace!

And there is a lovely story about Vulcan the French hound, who snuck into the kitchen one day and grabbed the ham for dinner, making a clean getaway with the whole ham, and with all the kitchen staff in hot pursuit!

But the most wonderful story of all is when Washington rescued a little terrier in 1777. During the Battle of Germantown with General Howe’s British troops, Washington noticed a little terrier wandering between the two battle lines. When they caught him they saw that he had a tag. It turned out to be General Howe’s own terrier that had somehow escaped and found his way onto the battlefield! Washington took in the terrier, fed and cleaned him, and ordered a cease fire so that the little dog could be safely returned.

And that is why George Washington is one of the greatest presidents of all time. 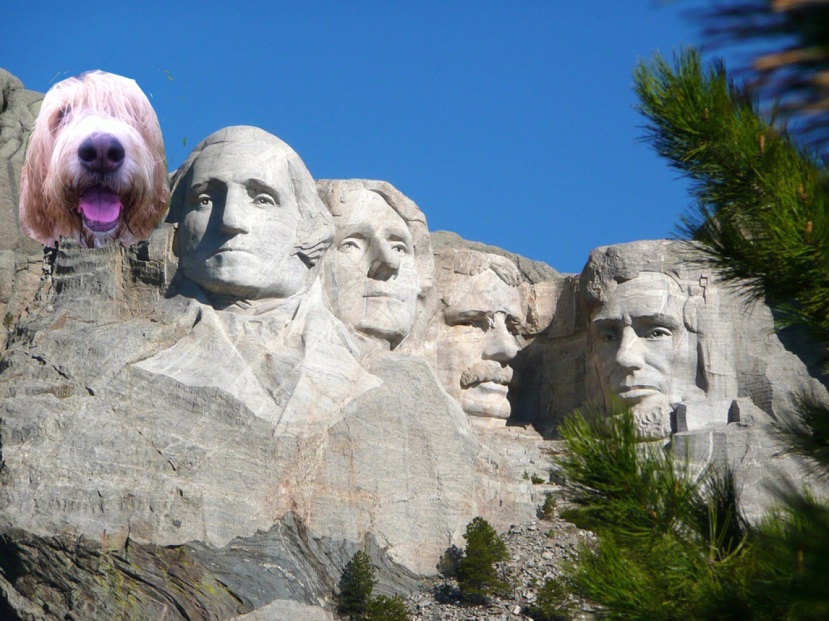